The Rode Rec iPhone app is an incredibly powerful and affordable option for recording audio on the go. There’s even a free version! The paid version is quite cheap at $5.99 though, so I’d recommend just getting it if you can.

To see a full run through of the app check the video above, but I will say that its biggest downfall is simply that when you’re using it you can’t also use your phone (technically you can, but not for phone calls etc). I usually put my phone in airplane mode while recording to avoid any kind of interference, but if you have the app on a separate device like an iPod, it’ll be no problem at all.

As you can see in the video, the app gives you control over pretty much any aspect of the recording you could possibly want. The input levels are not numbered and the natural inaccuracy of tapping and adjusting a slider on an iPhone causes some difficulty in precision control compared to a recorder like the H1, but you can save the settings once you get them how you want to use again in future recordings. Recordings will continue even with the phone locked, but you’ll have to keep it open while accessing or downloading your files on your computer through one of the methods provided such as Dropbox or by using the Rode website. These files can even be exported in a variety of formats. 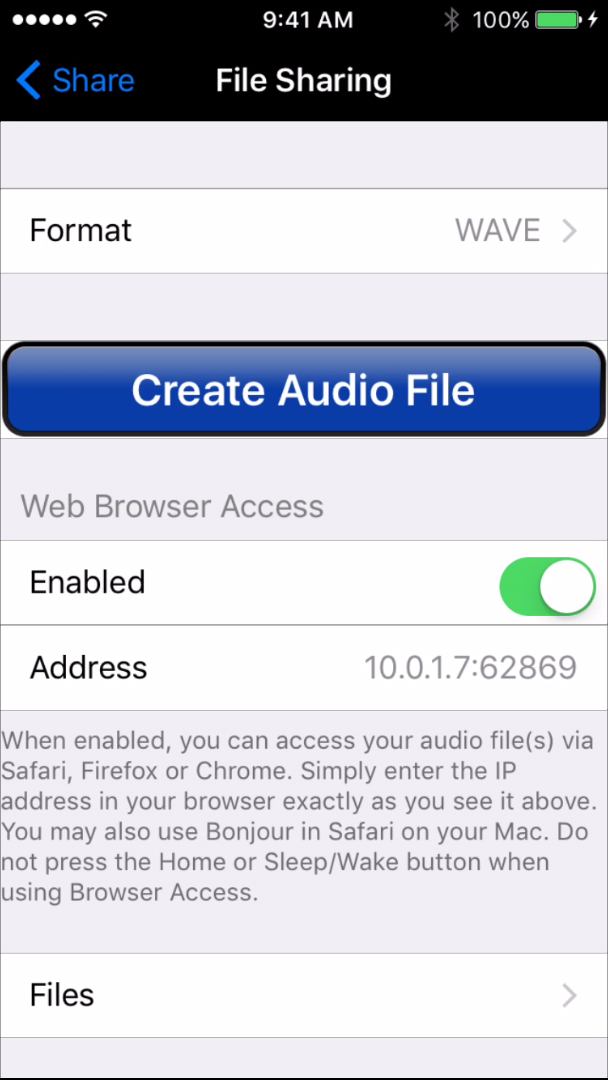 Most other limitations will only come from that fact that you’re using a phone (only one input, no way to monitor the audio with headphones while recording etc). So, with such power at such a great price, I wanted to see how the audio quality stacks up against one of the cheapest but widely used recorders, the Zoom H1. Check the video at 4:13 to see how they stack up.

(Note: I’m using an iPhone 6s and Rode Smartlav+ in this video. The Rode adapter is being used for recording with the H1.)

You can be the judge of how they sound but this is my take:

They’re nearly identical. While the Rode Rec app does have some processing options that I didn’t mess with, the sound from the H1 is very slightly more bass-y but otherwise almost the same. I kept the levels slightly low (around -6db) to avoid any clipping.

(Note: The rest of the video I’m using the H1 with some minimal post processing.)

I tried testing the noise but since the input level adjustment on the Rode Rec isn’t as exact as that on the H1, it may not be perfect. I did, however, find that the noise level was nearly identical (around -50db for both).

There are plenty of perks that come with using something like the Zoom H1, which naturally grow and grow as you use more expensive options. However, if you’re working with something like the Smartlav+ and don’t mind tying up your phone while recording or not being able to monitor your audio, I see no reason to not use the Rode Rec app. You won’t lose any audio quality, you’ll save a ton of money and most of all, it just works.

Check out the the microphones and other gear from this video below! They’re affiliate links so if you decide to make a purchase through one of these links I will receive a percentage of the sale, but it won’t cost you anything extra.